Happy Father's Day: a re-post of My Hero in an Eye Patch 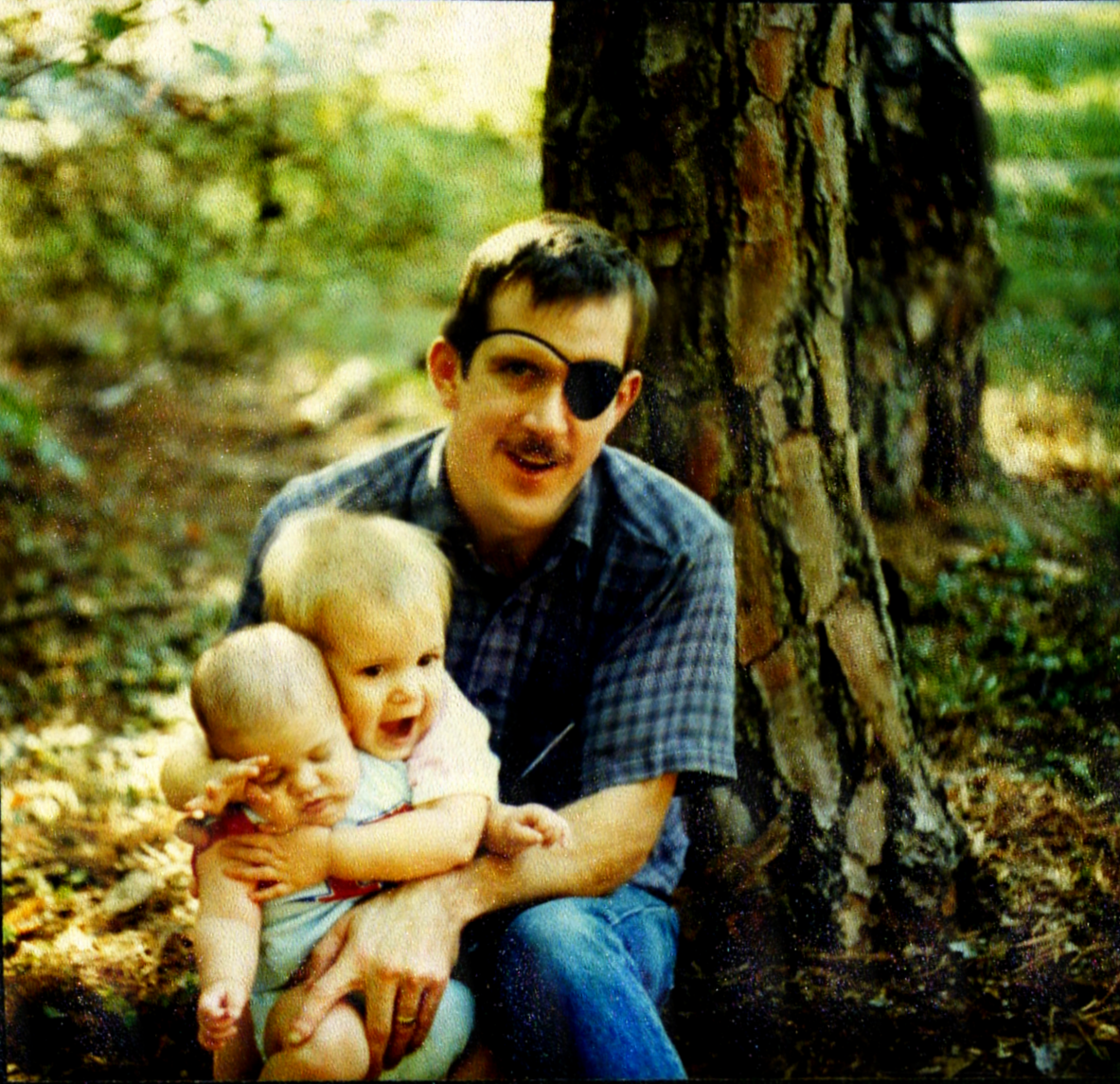 To commemorate Father's Day, I decided to re-post a blog entry I wrote for my dad's birthday this past January. I think it is funny & sweet.
Happy Father's Day to all the great dads out there! Enjoy!

I thought that since it is my father's birthday I would write about him.  This is about a discussion my brothers and I had about our dad a couple months back.

My whole family and I watch AMC's The Walking Dead. If you are not a fellow viewer of this zombie filled soap opera I will give you a little explanation of the character, known simply as "the Governor", who is much more scary than any of the flesh-eating zombies on the show. ( Maybe I should call them "walkers", because none of the characters living  in the Walking Dead universe have ever used the term "zombie", nor have any of the characters, before the first day that zombism began to spread, known that the only way to kill a zombie is to SHOOT THEM IN THE HEAD! That was, unfortunately, learned by trial and error. It gives me some comfort knowing that I am well informed on the whole zombie exterminating thing if a break-out ever occurs. I digress; let's return to the Governor and my dad.) The Governor is a super bad dude that is a little wacky. But he reaches his pinnacle of bad & wackiness when he looses his eye.

Look at The Governor (actor, David Morrisssey) with his big, bad gun, his bad snarl, & of course his bad eye patch!
It seems that, at least  in American cinema, that the eye patch gives an antagonist  more of an evil persona compared to the average two eyed bad guy. But when I asked my brothers about their thoughts, they agreed that they feel the same way as I do. The three of us have feelings of comfort and nostalgia from a man in an eye patch. That is because our dad only has one eye. He lost vision in his left eye when he was an infant and had been blind in the eye ever since. When I was less than two, and my brother Jordan was about 5 months-old (our youngest brother, Jamison, wasn't born yet), our dad had his eye removed due to pain and vision loss the atrophied eye was causing in his healthy seeing, right eye. The left eye's removal was a success and ended his pain and deterioration of his right eye. It was not traumatic for him since he was never able to see out of the eye. (I know it is a completely different for others loosing a seeing eye). He was able to get a wonderful prosthetic eye. It is one of the best I have ever seen in real life. Most people have no idea that it is a prosthesis. He is comfortable enough to joke about his eye.We sometimes play and mess with his spare glass eye. Jamison would take naps on our parent's bed when he was a very young child, & when my mom would go check on him she would find him asleep, wearing a pair of dad's jeans and dad's glass eye on top of his. This was one of Jamison's very weird ways of emulating our father. (Of course when you put the prosthesis on top of your eye it looks like you have a protruding blue eye, which is both creepy and hysterically funny. If things get a little boring with our guests, we just bring out the spare eye and let the good times roll). Another thing I remember about dad's glass eye is when you are about six years-old it is a great trump card against anything considered cool. "Oh, your dad is a policeman. That's nice... My dad has A FAKE EYE.". Or if you need something interesting to add when introducing yourself; "My name is Hannah. My favorite color is purple and,,, my dad can take his eye out". I don't know how many times I caused my father to be swarmed by a herd of elementary school children begging him to take his eye out. He never would oblige the kids (bummer). When I was six years-old  I felt that he missed out on a lot of opportunities to shock and awe. I have told him he could work in a haunted house tour on the side. He would just need to take out his eye, add some ketchup for blood, scream, "MY EYE! MY EYE!" and freak people out. You know, for supplemental income.
If I were ever to write a story, I would make the hero wear an eye patch. Why should all the bad guys get all the glory of monocular swag? Here is my real life eye patch wearing hero: 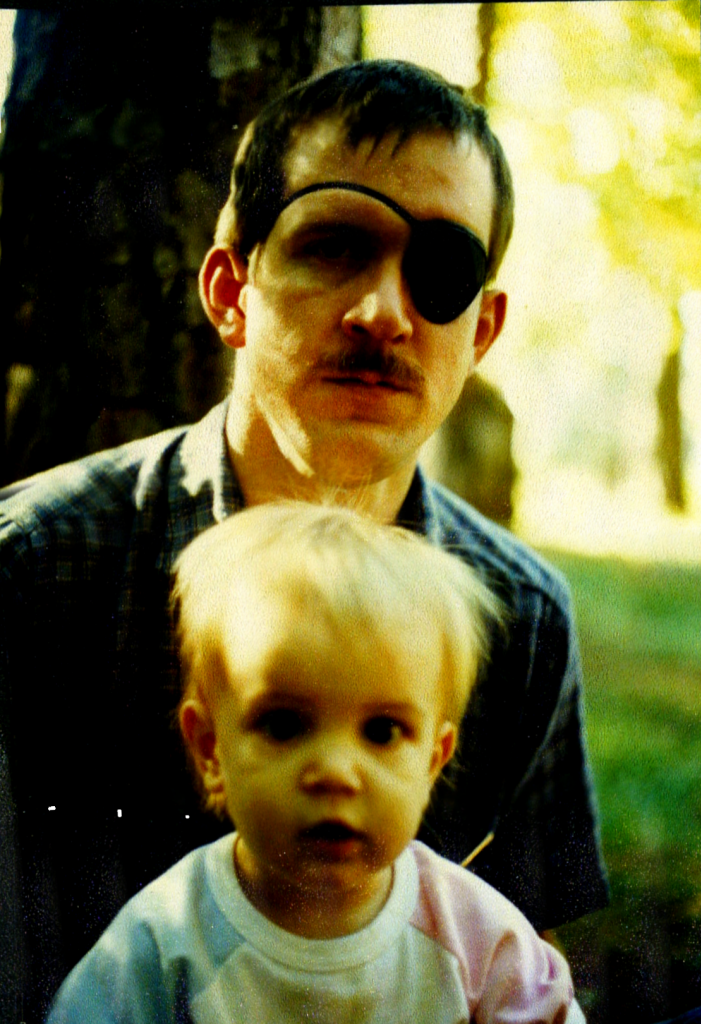 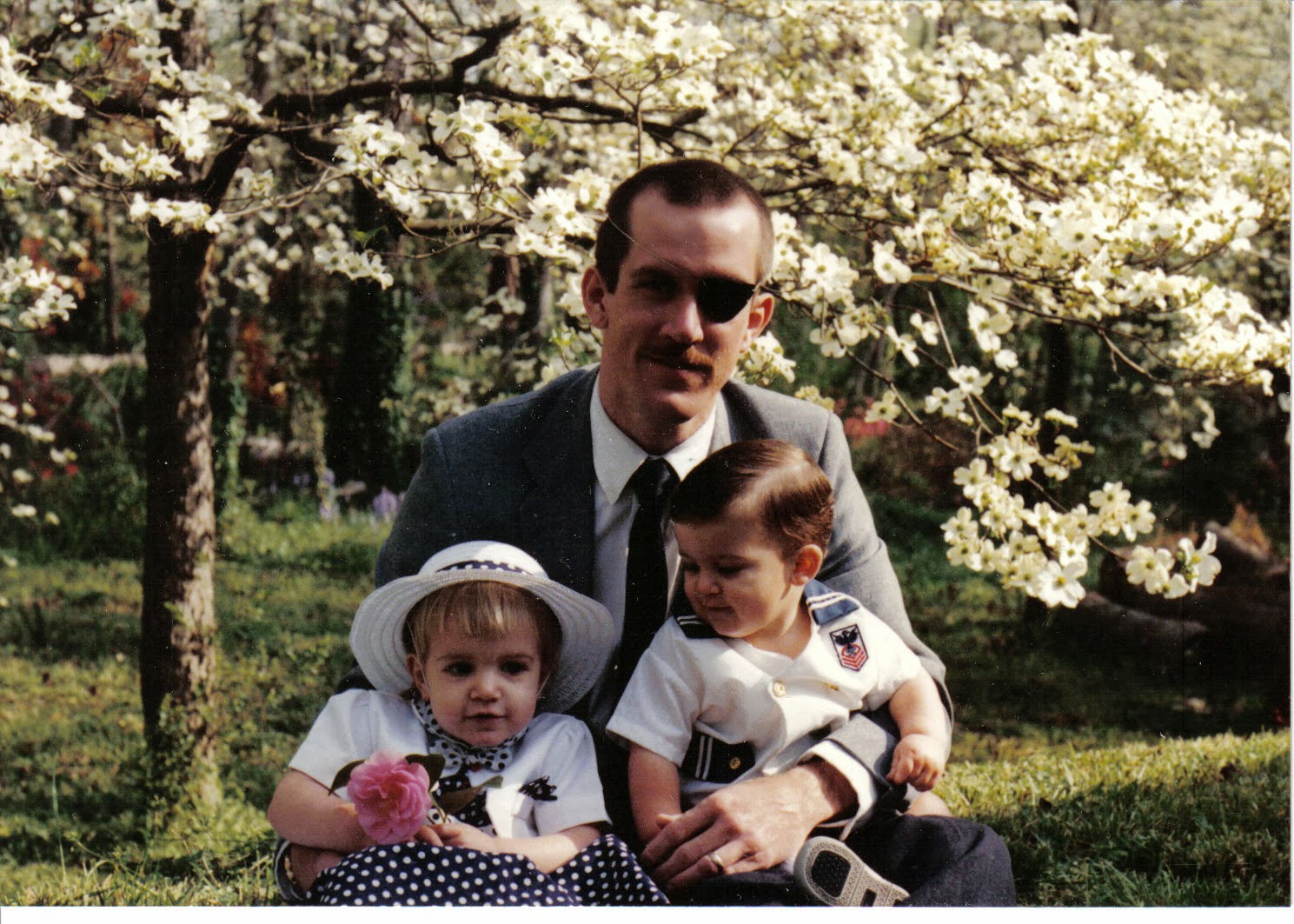 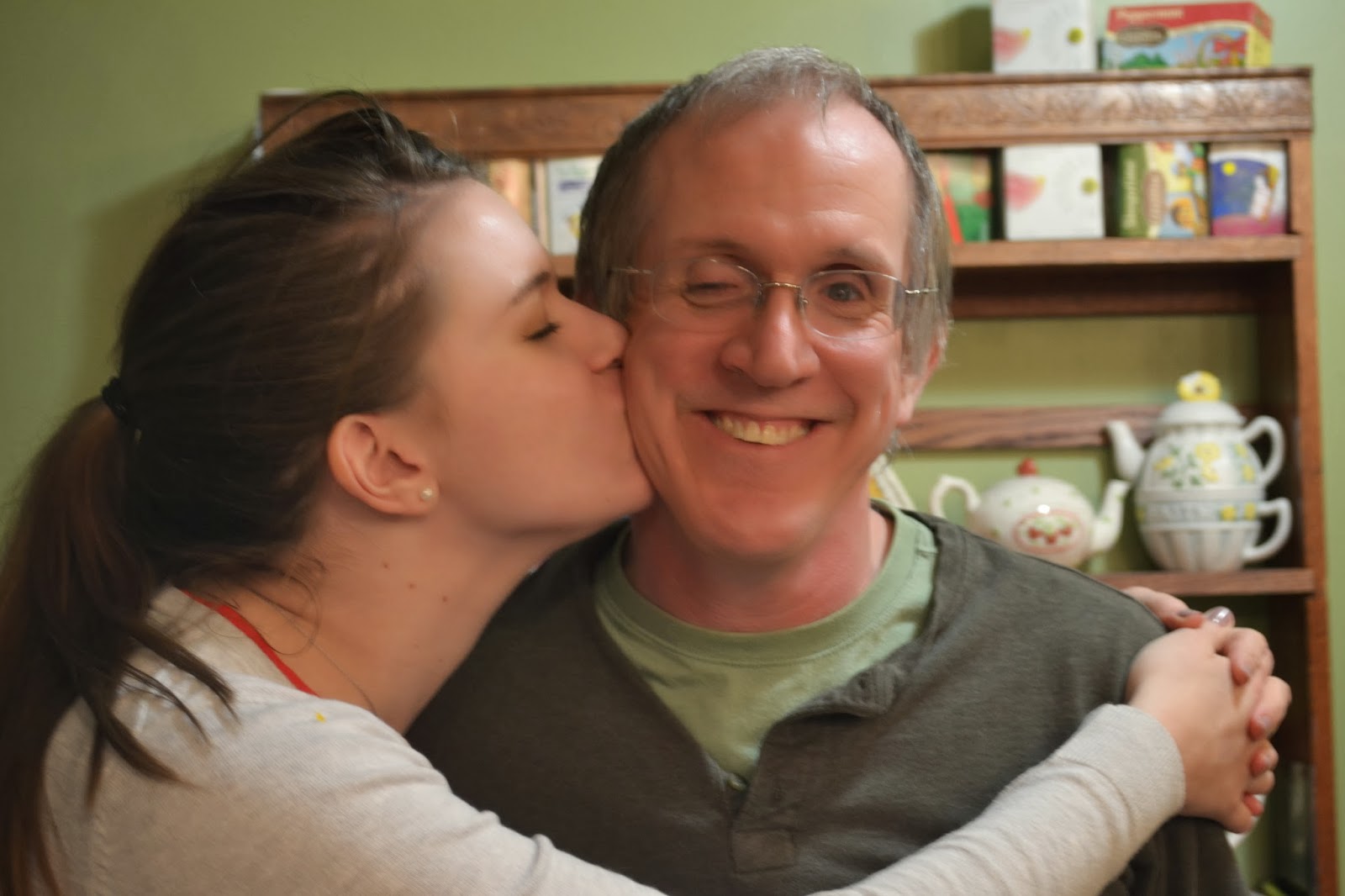 Posted by Unknown at 9:00 PM No comments: Links to this post 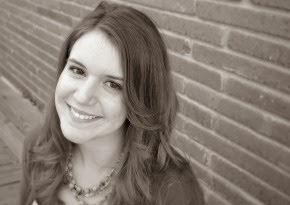 Hello & welcome to my little corner of the World Wide Web! My name is Hannah & I am the author & creator of this little blog!